How to Deal with Landlords in the Age of Covid-19

How to Deal with Landlords in the Age of Covid-19

How is a retailer supposed to survive when he is restricted from opening? How should he deal with his landlord in these unprecedented times?

As a tenant representative agent, my real job is to determine how much business my customer can do in a given space and negotiate for a rent that is prudent. We enter into our retail leases and negotiate rent based upon our expectations of retail sales. Today with the current COVID-19 epidemic, we find ourselves in a situation where the vast majority of retailers are restricted from doing any business but are expected to pay rent.

“Call Your Landlord Before He Calls You”. It acknowledges that you are having a problem and sets the stage for a discussion towards how the two of you can together work things out.

Know what to ask for. The initial alternatives are either a full or partial rent forgiveness or a postponement of rent. Landlords are rather unrealistic in their understanding of the narrow margins existent in the restaurant business.

Retail space is unique. The value of retail space is Directly Proportionate to the ability to do retail sales in that space. The more sales you can do, the more valuable the real estate. So initially plead for a Forgiveness of Rent. No Sales = No Ability to pay rent.

A landlord and tenant originally made a deal, based upon an expectation of a certain level of sales. However, when they are precluded from full operations, they have not made the expected sales and therefore cannot afford to pay the contract rents.

Courts have a nice phrase regarding rents: “Use and Occupancy”. But if there legally cannot be any use, should there be a legal obligation to pay rent?

A survey of Long Island retail landlords show that 46.6% of them have received less than 50% of Scheduled Rents due April 1st.

The landlord must pay real estate taxes (no government has given any relief on that), along with insurance and some security and utilities. An offer to help cover those items is a compromise position. The largest obligation is probably his mortgage. Well, maybe it’s time for landlord to go to his mortgagee and ask for a forbearance, or delay, or interest only. On one webinar, a representative of the Federal Reserve revealed the Fanny and Freddie may be open to such discussions.

Ask an understanding landlord to simply hit the “Pause Button” for 90 days. Then resume the rent and extend the term by that postponement. That way the landlord will receive every dollar he had initially bargained for.

You can put a landlord in a better position by offering to extend your lease term for additional years, in exchange for forgiving rent now. He will know that he will have some certainty of scheduled income for a longer time.

Some landlords are willing to help tenants by not forgiving, but by allowing a tenant to defer rent for perhaps 90 days and then pay it back over the next year or two as additional rent. That would amount to a 12.5% increase if spread over the next two years.

Do you have something that could benefit the landlord? In exchange for rent forgiveness, you might relinquish an exclusive on a product category. For instance, a 2,000 SF tenant such as Row House might have an exclusive on fitness, when a yoga studio would want to take other space in the center.

After 9-11 and Superstorm Sandy, it took 6 months before markets returned to something resembling normal. We would like to think that with “Flattening the curve” It is time to declare Victory. Not Nearly! Right now, New York has an infection rate of 1.6%. So, if we lift restrictions, we only have 98.4% of the population to worry about. Who will the customer be on the other side of this crisis? Will it be part of the 98.4% who cares to be reckless? Or is it the worker who has not had a paycheck for 90 days?

If restaurant tables are required to be 6’ apart, either by edict or by social convention, seating capacity in restaurants will be reduced to about 50% of current levels. Fewer seats equal Lower sales. As we emerge from this, we will have to crawl before we can walk.

In recovery, what is a fair and equitable rent? A restaurant can endure a 10% Gross occupancy Cost (Rent + CAM + RE Tax). Will your landlord be willing to accept that as a workaround for the next year until we all get inoculated?

The Gap or Old Navy has an advantage. They can close for 90 days, but when they reopen, they still have 100% of their inventory. In a restaurant, all the perishables will have perished. Most of the food in a restaurant is sold before it is paid for. So the restaurants have an outstanding payable even before they accept new inventory to reopen.

What is a landlord’s BATNA? What is their Best Alternative To a Negotiated Agreement?

The National Restaurant Association did a survey in mid-March. 3% of their membership had closed their restaurants PERMANENTLY! Another 11% of their members said that they might have to close permanently, if this lasted for 30 days. Now, a month past that survey, and we have no vision of where is the light at the end of the tunnel. Some experts have predicted anywhere between 20% – 40% of all restaurants closing permanently.

With a glut of restaurant spaces available, and a significantly slackened demand, how long with it take to find a suitable replacement tenant. With the supply/demand curve so distorted, what percentage of the previous rent can he achieve? With uncertainty in the marketplace, how long will it be before he can achieve parity with previous rent?

An in-place tenant is valuable. A landlord is far better off accepting a viable rent from a tenant in place rather than having to go out and find a replacement. Otherwise he needs to search for a new tenant, pay fit-out costs, absorb downtime during construction, have to pay an additional leasing commission, await liquor license approval, and probably settle for a lower rent than he has in contract rent presently.

Whatever happens, the landlord has a high safety net in that he still owns the real estate. If the operator cannot reopen, or operate profitably, then there is no value to his leasehold or his unamortized investment in the space.

If someone wants to buy a car, and cannot do that today, he can buy that durable in 3 months and the retailer gets the sale at full price. However, the restaurateur who does not sell a meal today, can’t make that up next week or next month. There is no shelf life to a restaurant demand.

A restaurant is a low margin, high turnover business. It is a warehousing, storage, preparation, cooking, assembly, and sales facility. It is a labor-intensive undertaking. A restaurant doesn’t go broke on its’ P & L. It goes broke on its cash flow.

People will not stop eating. We are social animals and will still want to gather. The industry can weather a storm but needs to be able to meet reasonable obligations and maintain cash flow along the way.

Landlords need to understand the demands. It is going to be a challenge.

Partial List – Tenants who did not pay their rent April 2020

75% of the stores in NYC’s most expensive neighborhood, the $25 billion Hudson Yards
didn’t pay their April rent. 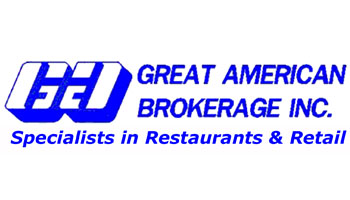